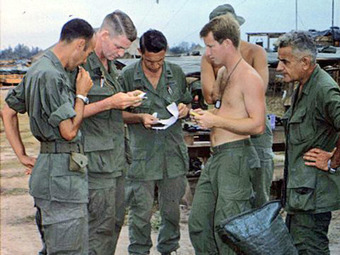 During the Vietnam War, around 20% of U.S. servicemen were addicted to heroin. It was an epidemic.
To figure out what was going on, the U.S. government started checking every soldier for addiction before sending them home — and those on drugs had to stay in the country until they were clean. Once they returned to the U.S., psychiatric researcher Lee Robins tracked their progress, reports Alix Spiegel at NPR.
Amazingly, only 5% relapsed on heroin use, according to Lee’s research. When addicts were treated in the U.S., 90% relapsed.